Well one thing can be said about us in the South. We do not pay close attention to calendars. If the weather is nice, we do nice things. Like grilling in February.

Unfortunately, the week long anticipation of a nice grilled steak and vegetables was quickly drowned by rain. The day started out overcast and mild. The nice weather folks predicted the rain would come late afternoon into the night. We assumed by late afternoon that meant good grilling weather until maybe 4 or 5pm. At 1:00, we checked the radar and saw the big wide mass of rain hitting the western borders and figured that we now had an hour and a half until lighting time. I took off to the store to get everything and we started around 3:00.

He had just started the potatoes when the bottom fell out. 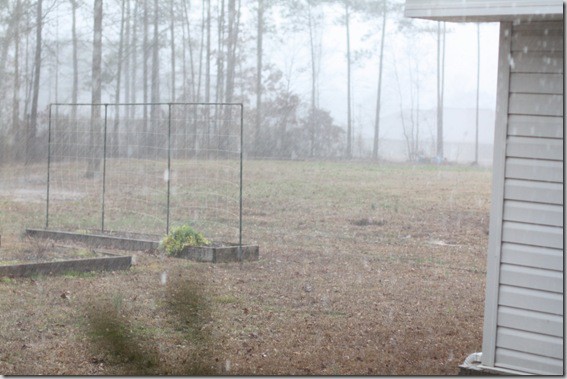 However, no need to fear. Although the rest of the porch roof got blown off last April, we still have a tiny edge close to the house to pull the grill under. Never mind that we were risking the whole house going up in flames but it was raining…..so no need to do anything drastic like stop grilling and finish under the broiler in the stove.

The house fared just fine and we had dinner. 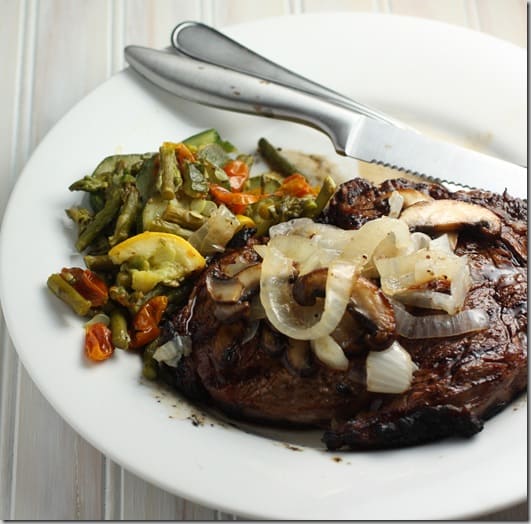 The movie we watched was Super 8. It’s about these kids in the 70’s who are filming a thriller movie on old Super 8 film. They capture a horrific train crash and the release of some supernatural thing that some renegade army guy has been hiding for years. It was not bad for 4 bucks. Lots of action, plenty of humor, and not anywhere close to believable. It did take us back to that time when people left their doors unlocked and trusted the government. 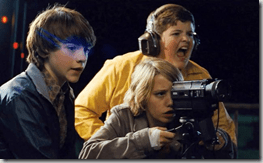 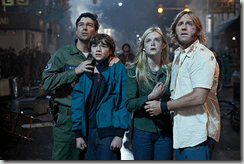 Since we ate dinner at 4pm, we were hungry again by 8. Popcorn after the movie makes perfect sense, right?

It didn’t matter. We could have been watching the gardening channel for all I noticed. I had parmesan ranch popcorn. Nothing else mattered. 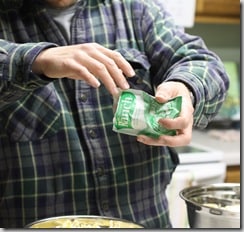 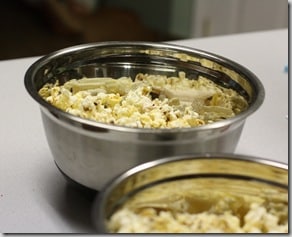