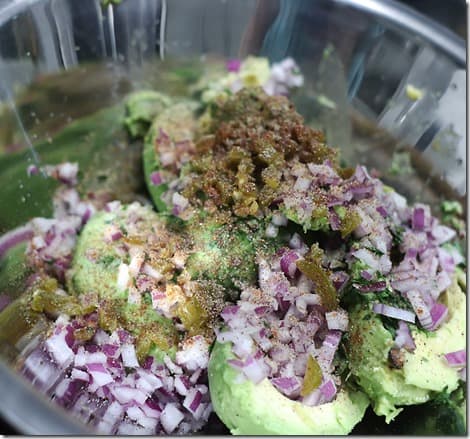 I’ve never made guacamole. I know  this breaks some rules in the paleo/keto world, but that leads me up to the next true confession.

I don’t love avocado. I don’t even like them. There is a weird texture thing as soon as I taste it. It is a weird thing that I just haven’t been able to look over.

However. I do like the guac from one place: Chipotle. It happened by accident. When I got home with my takeout bag, there was a small container of guacamole accidentally added to my order. I decided to give it another try and I was very surprised to learn I liked it. Now, I always add guacamole to my burrito bowl order.

Since I had carne asada in the crock pot all day, I decided to try making my own guacamole after Stephen revealed he LOVED the stuff and hoped I would make it for home. I did a little copycat Chipotle googling and found the exact recipe posted from Chipotle. It’s a mixture of avocados, red onion, lime juice, cilantro, finely chopped jalapeno. Super easy, and super good.

This will be a separate recipe coming up. I put a flank steak in the slow cooker and this was the end result. Buttery, tender, and so flavorful. 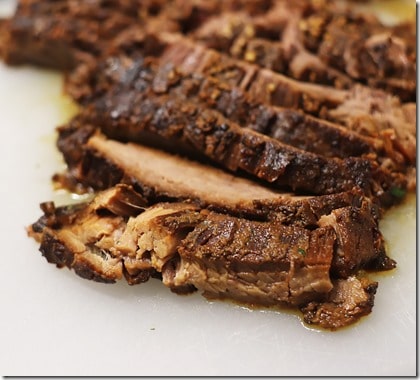