~ I didn’t buy a lottery ticket so I will just sit back and watch a bowling team, retired folks, and someone filthy rich fight over it. Do you ever REALLY see a good natured waitress who looks great in jeans and a ball cap win the lottery?

~ A person has a better chance of getting struck by lightening 500 times than winning the lottery once. Yes, I plan to be on Jeopardy one day.

~ The first thing I would do if I won: pay off student loan, house, and Stephen’s truck. I would buy a new 4 Runner just like I currently have, and buy a plot of land in Colorado. The rest….IN THE BACKYARD IN A JAR! The interest at the banks now is laughable. I might spring for a new laptop, but I would have to think about it.

~ One thing I WOULDN’T buy: another Fitbit. I’m on my third one now. They replaced my one-month-old one for free, but saying “they don’t respond well to sweat” does not make me believe in your product. So what is next on my gadget list if this next one doesn’t last? 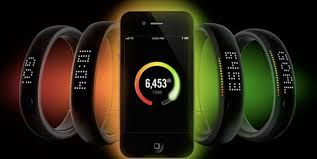 Fun post ;-) I think that is why I don't even bother with the lottery. I know the odds are way way WAY out of my favor!! Bummer on the FitBit. How can it not be good with sweat...isn't that what it's FOR?!