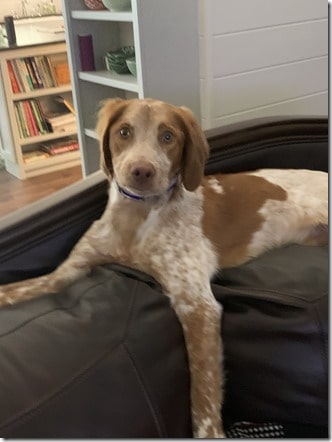 This is one story I never thought I would have to tell. But after a few days, I’m now fully educated on dog snake bite treatment. My little running partner is on the sidelines for a few days while he recovers from a case of being too curious about some hiding places in our yard.

Disclaimer: I am not a vet, nor do I have any medical training for vet services. This is just our anecdotal experience.  Seek expert help from your veterinarian.

We had just bathed Atlas a few hours before, so when he went outside for a break, I kept it short to about 4-5 minutes. When I called him, he was butt-up over a log pile down by the fence line. He came back, happy as ever, and got his treat and went to play in the house. Atlas is an inside dog with plenty of play space. 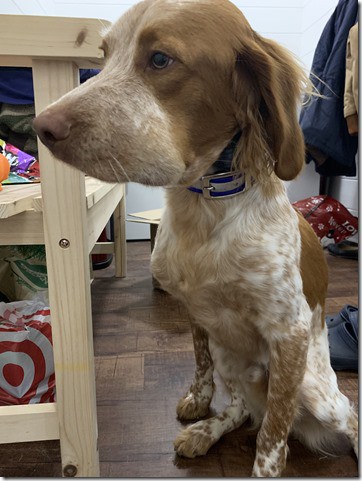 30 minutes later, he came to me with a swollen left side of his face and in pain. I couldn’t find any bite or puncture mark but I called Stephen at work. His partner at work checked with his vet tech friend who instructed us to monitor for any shock or breathing problems. Until we knew if this was a bug or a snake, I had to keep a close watch.  If he started any signs of shock or respiratory distress, I should go to emergency vet. This was  9pm at night. In the meantime, I was to give him Benadryl. If he was still swollen the next morning, I should see our vet asap.

I didn’t sleep at all that night. Atlas was in a lot of pain and he kept trying to roll over and lay on the swollen side so I ended up just holding him while he slept. Around 4am he seemed better and slept hard. At 7am when Stephen got home, Atlas seemed perfectly fine. He wagged, and played, and ran, did his business in the yard, played some more. He was still very swollen but we thought he must have gotten stung by a vicious red wasp.  We gave him another dose of Benadryl and Stephen went on to sleep for his next night shift. 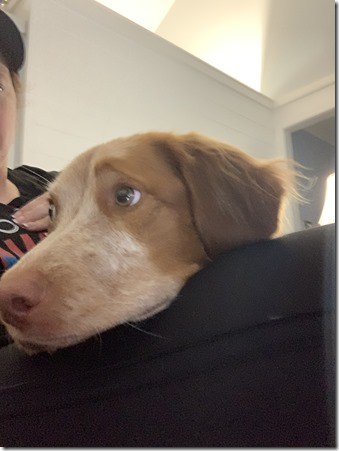 You know those “feelings” you get with pets (and kids, I’m assuming)? That something-isn’t-right feeling? I got it in waves and decided to call the vet. This was 8am. The vet tech said to bring him in just to see.

Not only did a snake bite Atlas, but it was a venomous snake. Dr. Google didn’t tell me all the differences between a bug and snake bite, but my vet sure did and we still have August to get through. August is peak snake bite month around here.

So what are the differences between a bug/insect bite and a snake bite?

How was Atlas diagnosed with snake bite?

What is the treatment?

This story could have been a lot more tragic. We have never seen a snake on our property but we are out in the country. We had no idea the differences between bug and snake. Thankfully, we knew friends who knew vet techs who gave us the Benadryl tip. If Atlas had shown any signs of shock or breathing distress, I would have taken him to emergi-vet. No questions about that.  This time, we got very lucky. This is a 3 day progression of his swelling puppy face and neck. 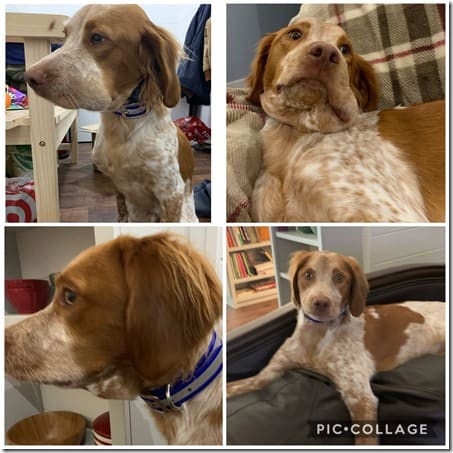