You are here: Home / Real Food / Got Flu? Here are the numbers

It’s that time of year. Should you or should you not get the shot?

~ My father was almost one of them.

~ Number of cases of influenza that were successfully treated by antibiotics- 0. They do not attack the flu virus—or any virus. They help other bacterial infections possibly exacerbated by influenza such as sinus infections and bacterial pneumonia.

~ Number of boxes of Kleenex needed per individual case? 2

~ Number of sick days lost due to influenza?

The good news? They do not expect 2010 to be a pandemic flu season due to H1N1. Why? Two reasons:

In other words, if you got it last year, odds are you won’t get H1N1 this year.  That doesn’t mean you won’t get the flu—just less likely to get H1N1.

So, wash those hands and cough into your sleeve!  Stay well this season! It’s up to you to decide where you fall on the dividing line of the flu shot. 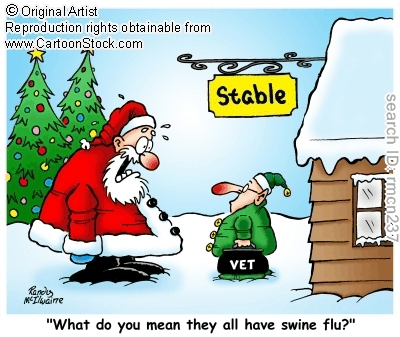