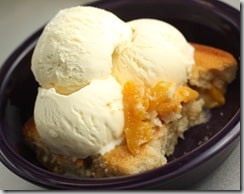 I’m from the south in case anybody has missed that hint. And down here, summers mean the heavy cakes and pies from the winter take a back seat to the equally heavy fruit cobblers. There have been instances when the peach cobbler was a little too lean in peaches because I ate them before the cobbler could get them. I just claimed that “I like the cobbler topping the best so I made extra”. I have no idea who bought that big tale, but I stuck to it as I hastily wiped the peach juice off my arms.

Fresh peaches inspire candles, perfume, country songs, fair contests, and lively discussions at family reunions. Well, lively discussion is code for knock-down-drag-out fist fights between Aunt Mildred and Cousin Gertie while everyone else secretly played the odds on who would win. Everyone knew who’s cobbler was better, but that wasn’t the point. 😉 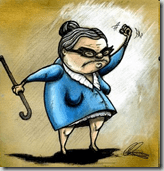 Not to be left in the shadow is the berry cobbler. Depending on which fence row you picked, a blueberry or blackberry cobbler is not hard to find during these long hot months. Keep in mind that it’s usually too hot to run an oven to cook dinner, but no amount of hot weather can keep a good cobbler down. And we justify that because we have a gallon of ice cream to cool ourselves off. It works, we just accept it. 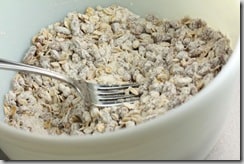 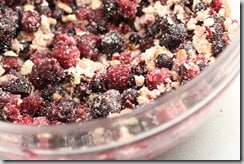 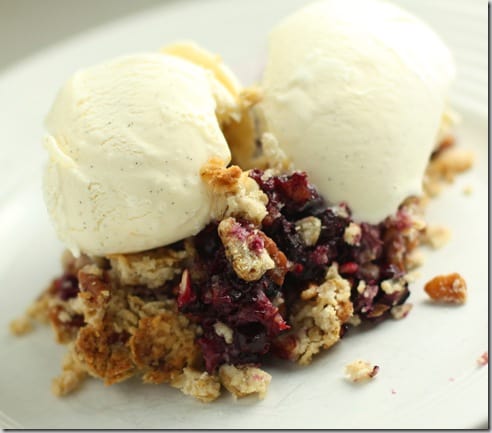 This is a big plate of yumminess. I skipped about 80% of the sugar and it was just fine. This is why I choose this over a cobbler any day.