You are here: Home / Travel / “To hell you ride”-Telluride, Colorado 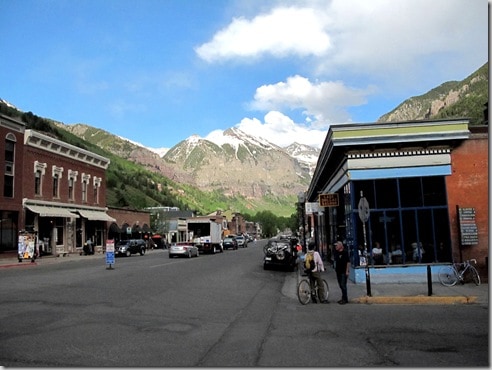 There are a couple of legendary stories of the origin of Telluride. Ask any native to the town and you’ll usually get a combination of these two stories.

1. This is a town that got its beginning in the gold rush era. And it was actually more successful in silver mining. But due to it’s location, in a box canyon with jagged peaks on 3 sides, travel by horseback was dangerous. The legend says that postmaster who delivered mail on horseback would tell those going to the town, “to hell you ride!!” because of the dangerous travel.

2. The other idea is because it was a mining town, it had it’s shares of bars and brothels. When payday hit, the miners would go to town to blow their money. “To hell you ride” was often yelled at them as they made their way down to town.

Now, if you look up any wikipedia article, it will share another origin.

The town was named after the chemical element tellurium, a metalloid element which forms compounds known as tellurides

However, tellurium was never found in that area. The locals believe this is a bunch of hogwash and claim the dangerous travel and miners sowing some wild oats as the reason for the famous name, Telluride.

Either way, this is an unbelievable down. Because it’s in a box canyon, the San Miguel mountains with peaks at 12,000 and 13,000 rise above it creating a summer playground of trails, waterfalls, snow shoeing, hiking, and photography ops. The town is very pedestrian and pet friendly. The law is clearly posted  to stop for ALL pedestrian and bike traffic. With just a few streets, one grocery store, and a school/theater/multi-purpose building, Telluride is one of those great places to visit and dream about living. The tourism industry is it’s main claim to fame with skiing slopes in the winter that has no match anywhere else in Colorado. After a couple of brothers opened up 5 ski lifts in the 1970’s, Telluride exploded onto the ski scene.

However, during the off season, the 2,000 people who live here year round enjoy the quiet weeks with occasional summer festivals and summer tourists.

More coming soon about the hiking and the huge local sustainable farming/organic food movement. This is my kind of place to find real food grown local or shipped from over the ridge. 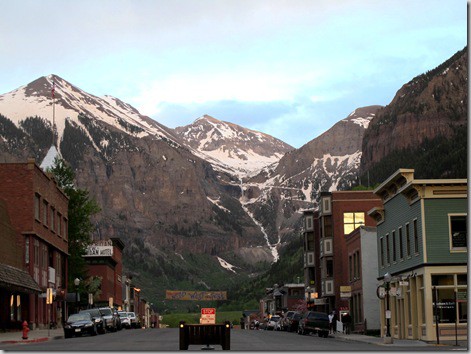 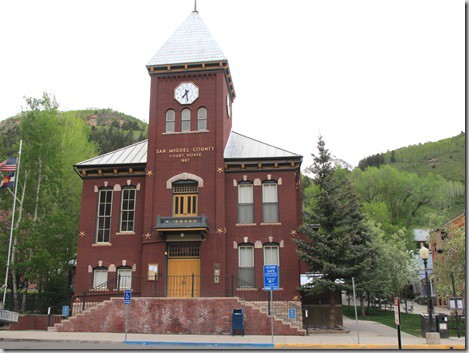 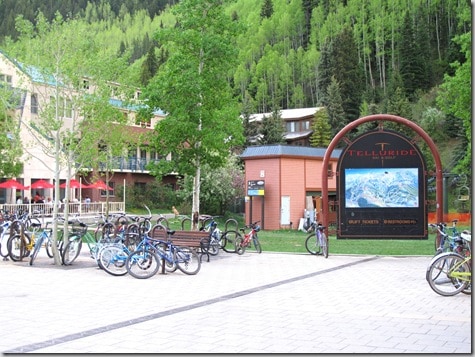 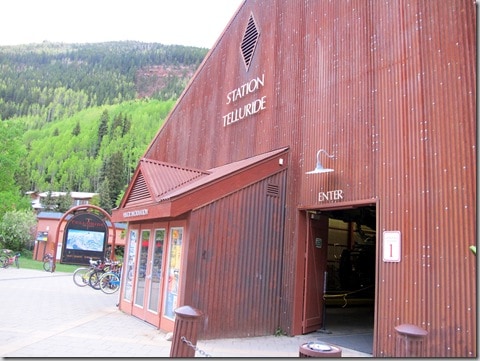 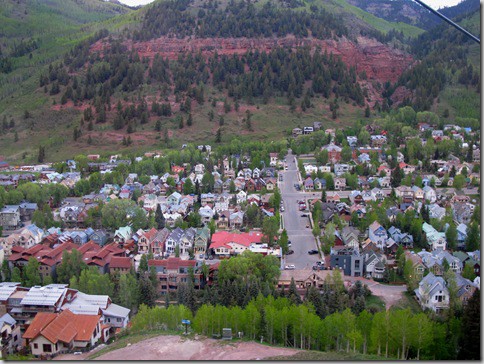 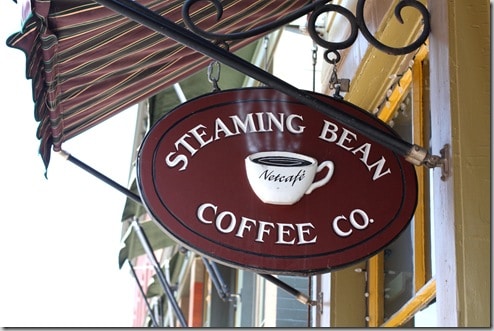 If anybody is interested in learning more about Telluride, this is a good place to start. Telluride.net

Previous Post: « John Wayne’s route to Telluride
Next Post: Any day is a good day in Telluride »