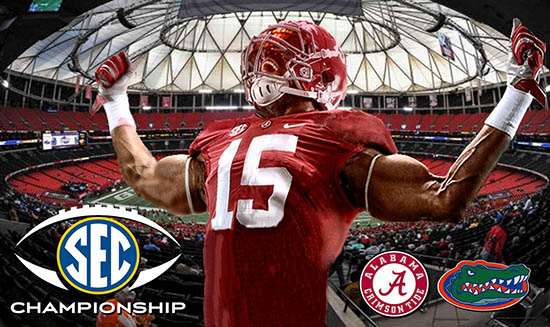 By the skin of our 1-loss teeth, Alabama made it through the toughest November to seal the deal on a ticket to Atlanta for the SEC Championship. This is familiar territory for us and I will never forget these winning years as an Alabama fan living in Tuscaloosa.

This year, we are taking on Florida. The last time we met Florida in the SEC, we left some players in tears and sent a coach to the ER with chest pains. This year, we don’t need all that seriousness. We just need a win.

Our viewing party was a little slim, but fun. My BIL and SIL hosted, as usual and we had a small spread and plenty of room to cheer. 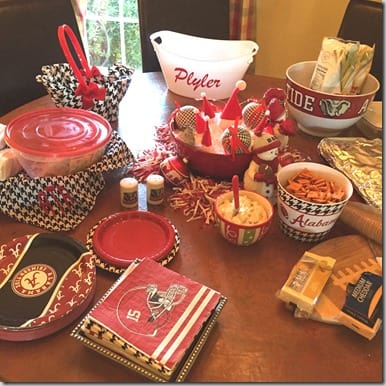 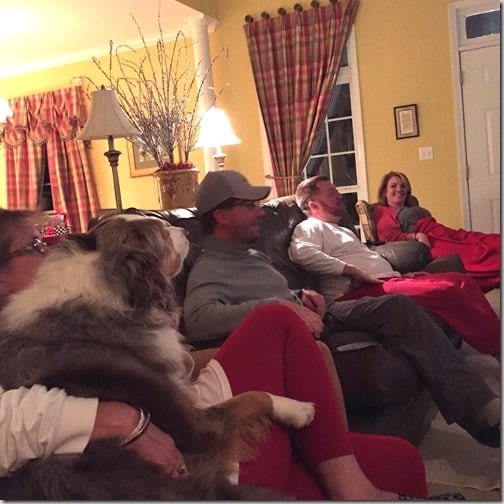 It’s a good thing we were not too deep into our snacks and spirits. Just a few minutes into the game, we had the shock of our live. Our very own Keith Holcombe blocked this punt. We were screaming so loud!!! And there is nothing sweeter than seeing a kid I watched grow up do something so awesome that the despised Verne Lundquist raved about. Even after the commercial, Verne came back and replayed and praised his football abilities.

With so much excitement over Keith, I do not remember much of the rest of the game. We were all over texts and tweets to his family in the stands. They had no idea about the TV coverage of Keith.

We pulled out the win and now ready to see who we will play in the Semifinal football championship game! Last year, we made it to the semis but we lost.

This year, I have no doubt we will make it the final game. Roll Tide.

Is this our future Heisman winner? We will find out next week.