You are here: Home / Real Food / Not too much

Last week, I posted some ways to gradually move away from a mostly processed diet to one that includes more real whole food. And while those are some good ideas, there is something else to consider when eating those berries and raw almond butter.

Put down the jar 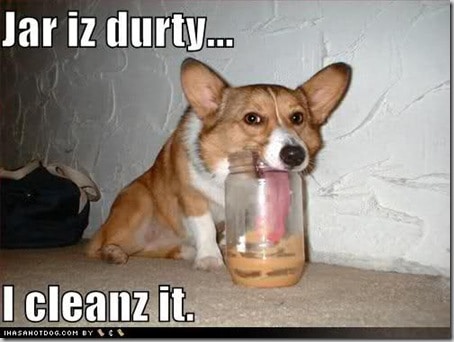 Seriously, don’t eat the whole thing in one sitting. Or shovel in raspberries with both hands in rapturous abandon thinking it’s fine because it’s so NATURAL and literally grew from the bush in your backyard. They still have sugar. They still have calories and still contribute to high glucose levels which cause spikes and drops and can lead to binging on crap at 3pm then feeling like poo for giving in to stupid cravings. Or so I’ve heard.

Portion control. It’s hard. That’s why places like Weight Watchers are so successful. For years, they had a points program that taught people the proper portions even with heavy emphasis on junk food, 100 calorie packs of crumbly junk, and their own chemical stew of products. People lost weight (myself included) because they learned portion control and their body adapted to the right portions. Now, they have revamped their points program to emphasize better food choices while still maintaining portion control.

Eat food. Not too much.

So how do we know what is too much? How many calories? How big or little the sizes?

Well, you could count calories. I don’t. I have a hard enough time keeping up with numbers, I don’t want to deal with a bunch of them in relation to food. Many people lost weight just by tracking calories. It just isn’t my cup of spiced tea.

A good place to start is by cutting back on portions gradually so that you don’t have to heave away from the table. That really stuffed uncomfortable feeling like you just inhaled a tire? Yeah, that’s not good for every night at dinner. It shouldn’t be the normal feeling after eating. Start off your meal with smaller portions. Eat that. Wait a few minutes before going back for more. More than likely, you will have a full feeling. Stick with that. Full is good. Rolling to the floor and unbuttoning the pants is not. 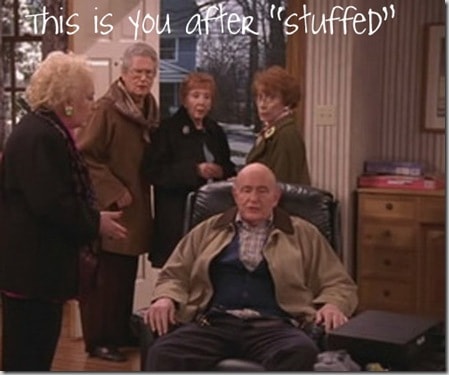