I really can’t complain too much about the “off season” because we really didn’t break a streak. We didn’t have much winter and we fired up the grill in January wearing a long sleeve jacket. Usually, we reserve the grill for steak night. But this go around, I wanted a lot of grilled vegetables and burgers fit right along with it. I had some grilled vegetables from the hot bar at Whole Foods and something about the flame grill hickory/mesquite taste makes vegetables taste extraordinary.  I wanted a big plate of that. 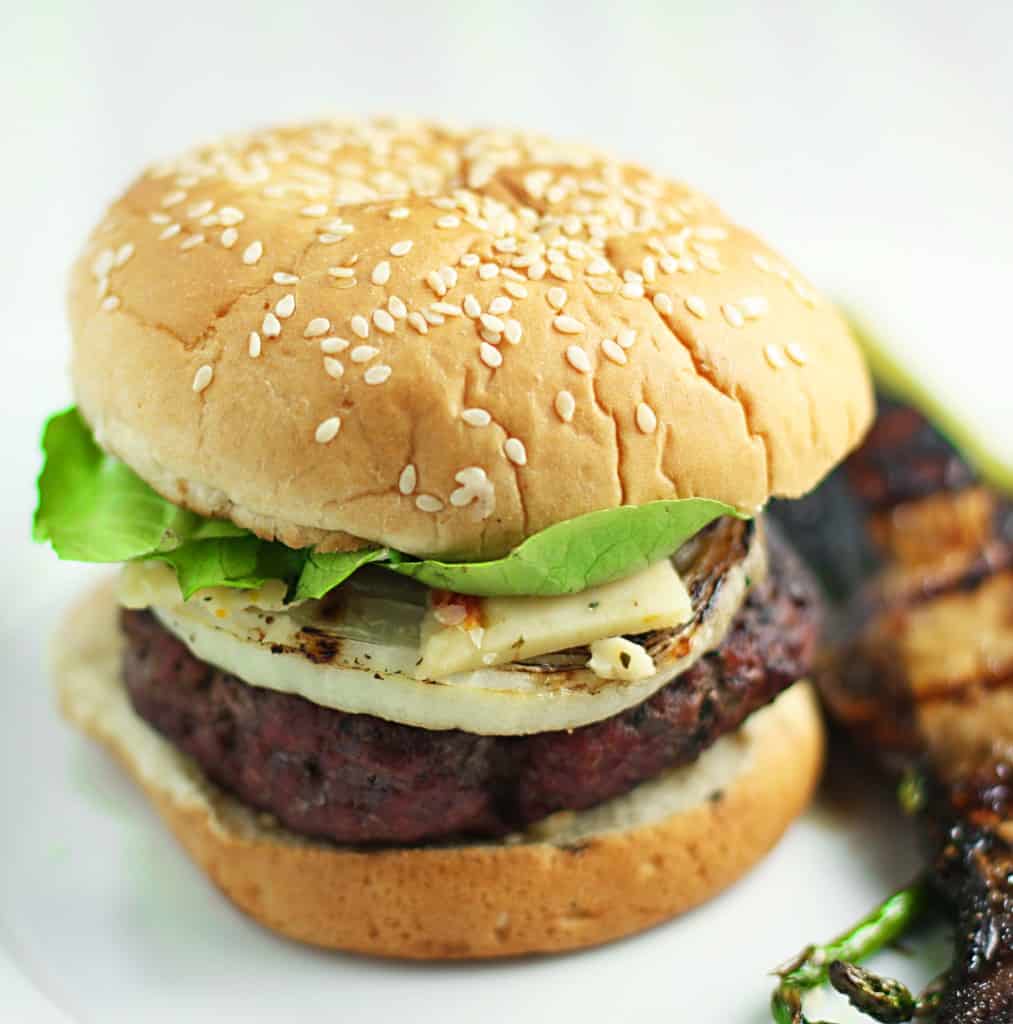 1. Mix together and form into burgers. Grill 3 minutes per side. Top with chipotle lime sauce (recipe follows), one slice of grilled onion, and 1 ounce of cheddar. Mine is Mediterranean cheddar.

I marinated the vegetables in the following recipe.

2. Mix the first 4 ingredients and pour over vegetables. Let marinate one hour minimum.

3. Grill in a single layer for 6 minutes/side. The mushrooms will probably only need 4 minutes a side. After they are done but with a slight bite left to them, remove from grill and cover with foil. Serve immediately. Leftovers are GREAT in salads or mixed with quinoa for a heartier punch of protein. 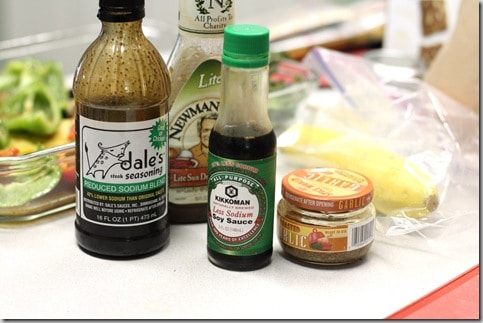 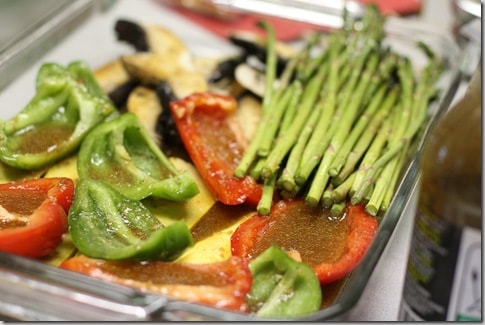 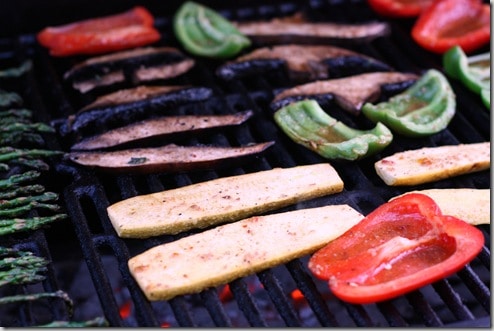 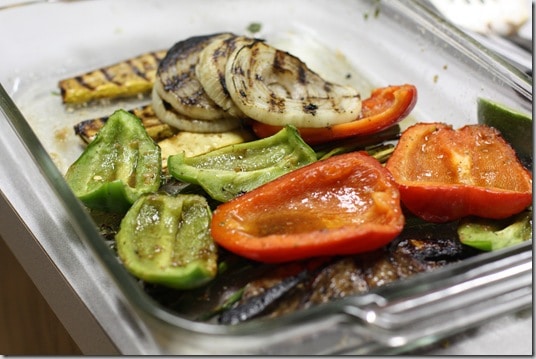 Now the only problem is deciding what to eat now and what to save for later.