After catching up on some sleep, and a big country breakfast, we took a drive over Hoosier Pass to scout out some 14ers for snow cover. This year, Colorado had a very late snow season and the peaks and hiking paths are still showing the results. These are from Alma around Kite Lake..which is frozen. Then we drove to Montgomery Resevoir so Stephen could fish. I was so excited that he caught 4 big ones that I forgot to get a pic with my phone. But he caught them fast and had them ready for dinner tomorrow. I’ll have to brush up on trout recipes.

This afternoon, we found the free gondola (very similar to Telluride) and rode up to Peak 8. We had no idea how much fun could be had up there. We watched all the kids and brave adults tackle super slides, ski lifts, mazes, zip lines, and roller coasters. We had a lot of fun on the deck planning which one we wanted to try for tomorrow. I think the Super Slide won the vote. Finally, it was time for one of the best parts of Breckenridge. Gluten-free pizza from Downstairs at Eric’s. I love this so much. Stephen got a greek pizza that he said was like a “salad pizza” and he ate every bite. I stuck with my usual everything pizza. I didn’t leave any to-go crumbs, either. We sat and watched the Braves game while ignoring an obnoxious oaf of a man next to us. I was too busy inhaling pizza to let him ruin the evening. We walked around on Main before going back to the condo. The waters are high, the sun was bright, and the snow was shining. I love Breckenridge in June. 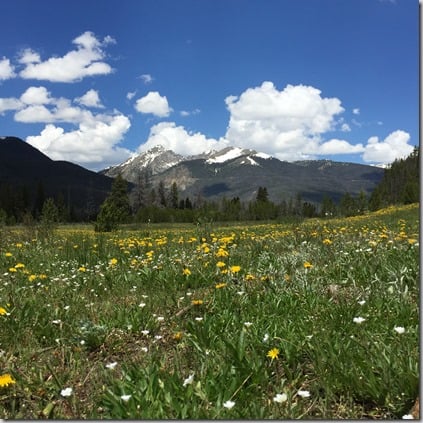 Previous
Moving on to Breckenridge: Colorado 2015 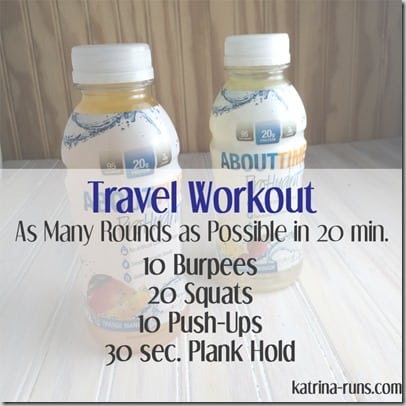 Next
Travel Workout with About Time
Click here to cancel reply.