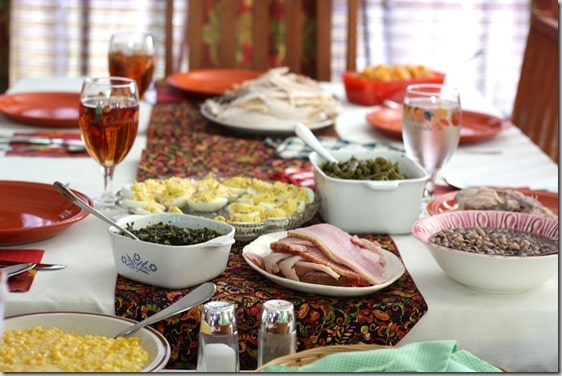 We do Thanksgiving a little different in our family. My sister and I spend most of the day with our inlaws. Then we travel to MS late afternoon because we have a serious tradition, Black Friday shopping, to look forward to. After we shop all day Friday, we crash and sleep a little later on Saturday and then have the big Thanksgiving meal on Saturday. It works for us and we get to see everyone and keep our traditions going.

Speaking of traditions, I can’t remember a time when Grandma didn’t carve the turkey. And as the taster, I took my job seriously as well. 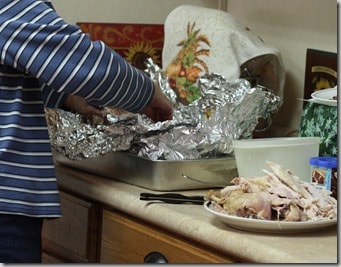 While we were tasting and carving, my sister was making Jackson’s Christmas ornaments made out of dough. I remember when we did that in Brownies one year.

And bless him, I see a pair of size 14 EEEs in his future. I’ll start adding some change to my shoe fund to keep for him later 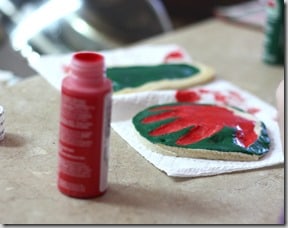 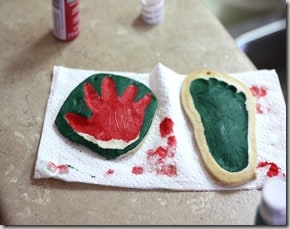 Check out the spread! Well, this is part of it. Not a marshmallow in sight. And this was maybe the first year without macaroni and cheese. I don’t know if it was intentional or it just didn’t make the list. But we had plenty of food and I didn’t notice it until I was almost finished eating. All of these are gluten-free except for the rolls and I’ll be honest. That was hard. I haven’t had many moments where I considered eating something with gluten and just dealing with the consequences. I haven’t given in yet, but those rolls almost did me in. I had to pass the basket quick and not breathe in the wonderful smell of yeast rolls. Burying my head in green beans and a turkey leg helped a lot! 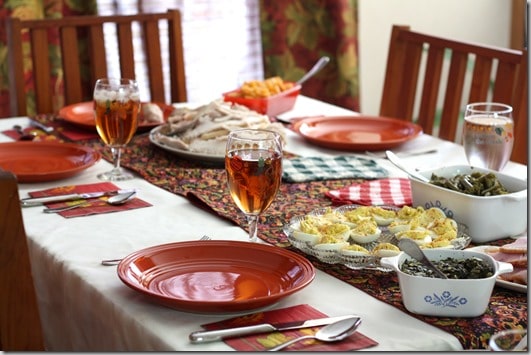 After we ate dinner and dessert, it was time to snap some Jackson pictures before I got on the road back to Alabama. 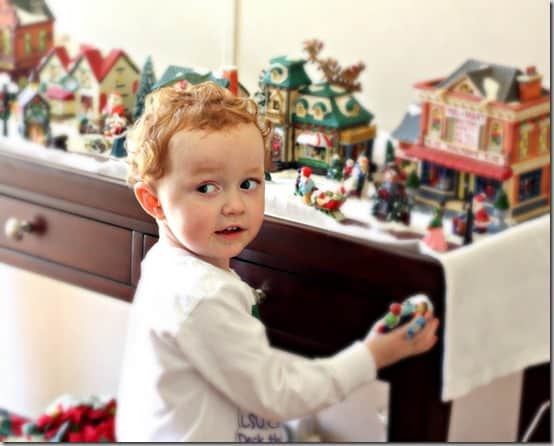 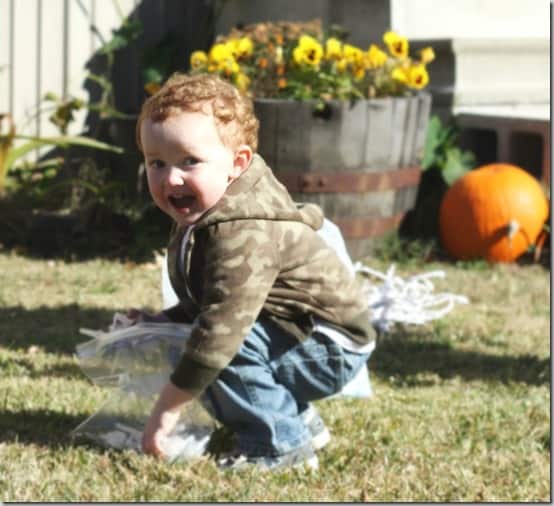