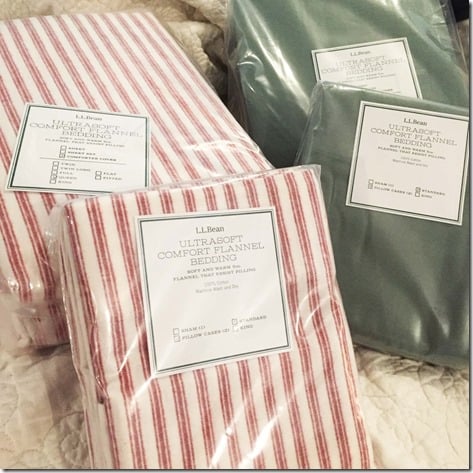 Last week, I mentioned that we needed new bedding. It’s here! L.L.Bean’s ultra soft flannel sheets are the best I’ve found. No pilling, no fading, and they last forever.

I needed a new fitted sheet in King to fit the super tall new Queen mattress we got when we moved in last year. The king is a little loose on the sides, but the corners fit perfectly. I kept the queen top sheet in red. I ordered a new lightweight down comforter in queen and the ticking stripe comforter cover and pillowcases.

Now that the weather has cooperated, it’s time to change the 3 season bedding for the winter bedding. We won’t turn our heat on in the house until absolutely necessary. With a 19ft vaulted ceiling in the main living area, it may be late in November.

But we will be warm at night! 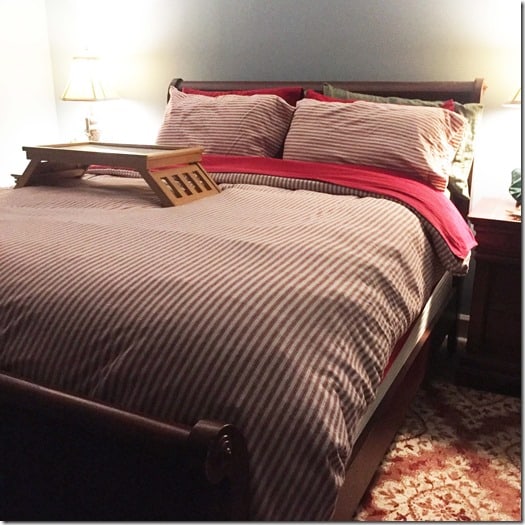 Earlier last week, I was hit by the first sinus infection of the season. This one is about 8 weeks later than my almost 20 year average of late August/early September. I went to the dr and got the shots that help my ears and head immediately. I bypassed the antibiotic. I’m trying a different route and so far, I’m very pleased.

I started taking both of these early in the day when I felt the infection hitting hard. The Umcka is a homeopathic herb that has proven results in decreasing symptoms of upper respiratory infections when taken early in the progression.

Umcka (Pelargonium sidoides) is a geranium plant native to South Africa. Long used in traditional African medicine, umcka (short for “umckaloabo”) has recently become popular in other parts of the world, particularly as a remedy for colds and cough. 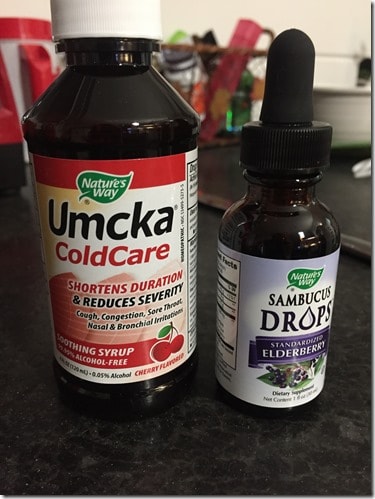 3 days later, without antibiotic, I’m feeling so much better. My head is clearer and my ears are no longer painfully congested. I had a lot of fluid in both ears. I’ve been drinking a lot of water and eating chicken soup with plenty of bone broth. At night, I’m diffusing lavender and eucalyptus. So far, I’m not dealing with the weeks-long side effects of over-medication. 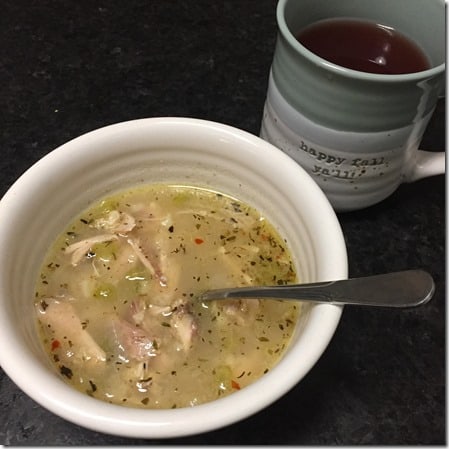 This is my basic chicken soup concoction. Boil a whole chicken slowly to release as much of the bone marrow as possible. Obviously, try to use a good source of free-range chickens. That marrow is nature’s penicillin. Then cook celery, onion, garlic, red pepper flakes in the broth. Add more water if needed. Salt liberally. De-bone chicken and add back to the stock. (Save the chicken bones and carcass to make your own chicken bone broth.) If you want to add a starch, use rice or potatoes. Add potatoes cubed small and simmer until done. Or, add minute rice at the end of a long simmer and remove. Cover for 5 minutes to allow rice to puff. Serve immediately.