I’ve never made these, but I clearly remember my first experience with these. I was teaching in TN and it was the staff Christmas party after the kids went home at lunch. My friend Patti (a veteran teacher of 15+ years)and I were cleaning up in our room when another teacher came by with some “Truffles” that his wife had made for us. They were chocolate rolled in cocoa powder. Sounds wonderful, right? Patti and I had two each and went about our cleaning. A few minutes later, he came by again asking if we wanted another. She and I got two more each and continued taking down the tinsel. A few minutes later Patti came over and said “is your heat still running? I’m getting really warm over here?” I had noticed the same thing and felt very hot flash-ish. Another teacher in the hall asked if we had sampled the truffles and if so, then it was the rum talking. Patti and I looked at each other and had no idea what she was talking about. Apparently, the lady who made them added some adult spirits to loosen us up after a hectic semester. Patti and I laughed about that for months.

So, in honor of Miss Patti, I had to try to re-create the rum balls. I had to go to the ABC store for the rum. Isn’t it ironic that our chain of spirit stores are called ABC? So that’s what other teachers meant when they smiled big when they talked about going to the “teacher store”!

First, I have to report on the rum cake. Read recipe first before attempting.

Well, these rum balls weren’t quite that much fun, but they tasted a little better 😉

I do not have a double boiler, so I used a glass bowl over a pan of simmering water. 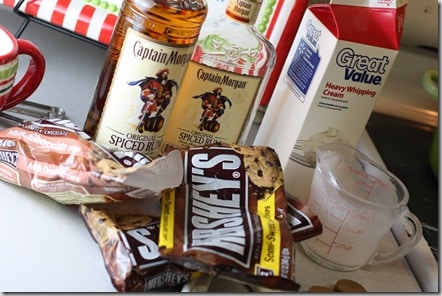 I doubled this recipe. 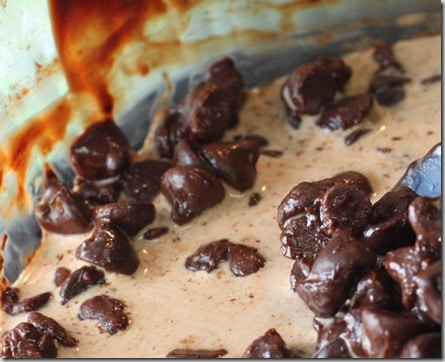 This is important! Heat SLOWLY the cream and rum until just warmer than room temperature, THEN add the chocolate. When you put the bowl over the pan of boiling water, lower the heat to LOW. Because the bowl creates a seal on the pot, the steam will build and keep the water on a low simmer even on low heat.  Be very careful when you lift the bowl because steam burns aren’t fun. 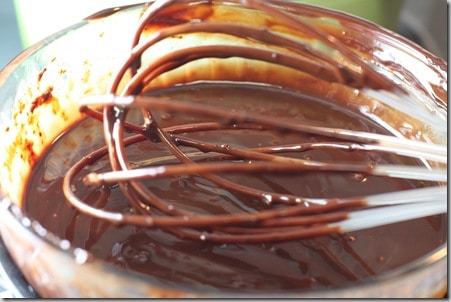 This took about 7-10 minutes to melt one package of chips.

Pour into a pan and cover with plastic wrap so it will not develop a dairy skin. Put in freezer overnight. 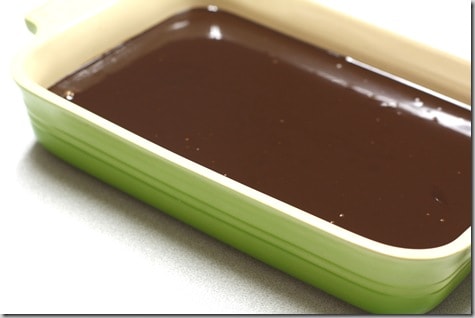 With a spoon, quickly spoon out fudge-like pieces and roll into balls. Roll through cocoa powder and keep cool in the fridge. 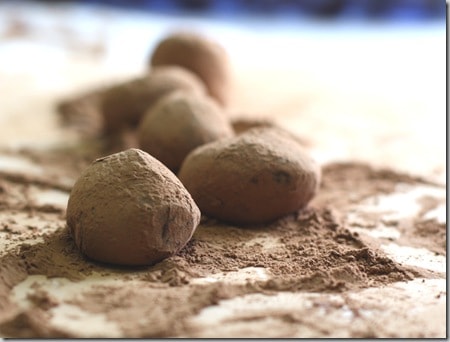 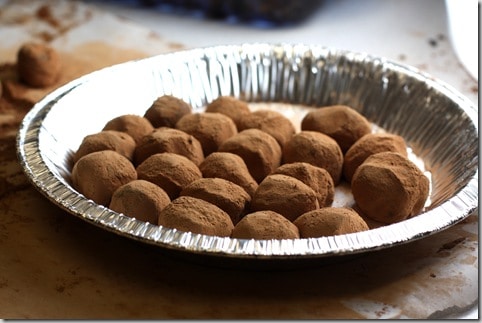