A quick review of the pizza: Not bad at all!

I like a thin crispy crust with plenty of toppings. Give me a supreme any day and I will gladly fling off the offending toppings (pineapple, hairy fish) so I can enjoy more of the stuff I love. I knew to greatly lower my expectations for a gluten-free frozen pizza. I wanted edible and something I could add toppings and make better. I think this works. I *may* have cooked it too long because after the first piece, the crust on the the remaining pieces was really hard. The actual taste of the crust was good. It wasn’t crispy like a nice Totino’s but it was firm enough to handle more toppings and next time, I’ll add more veggies and cook it a couple of minutes less than the box recommends. As far as pizza topping taste, this was GREAT! It had a great flavor without being overwhelming with the oregano. I hate oregano overload! 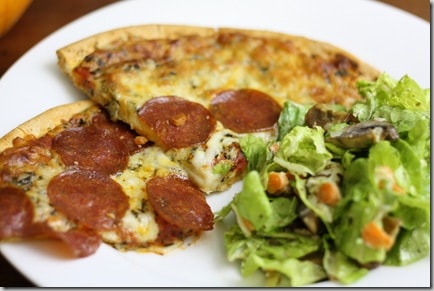 And now the cake.

I REALLY wanted to like this. But I think I expected miracles.

I love spice cake. I’ve made many in my years of cooking and I’ve always used my mother’s recipe that she got from the Mississippi Bell Cookbooks. It is usually requested at family reunions and church potluck. In the fall, the first spice cake is a reason to put on the long sleeves and eat on the front porch with a cup of coffee. It’s great in July, but it’s special in October.

My long used and well-worn recipe has flour. And for that reason, it’s off limits for me. I did not realize how much I would miss that cake or how upset it makes me. I was in the local health store and found something that was bittersweet. A Gluten-Free spice cake. That’s great, right! Yes….almost. It’s not MY and MY MOTHER’S cake. Big difference.

Can you the problem already? I put way too many hopes and expectations on this poor bag of cake mix. There isn’t a cake mix in the world that could live up to that pressure. So consider this a biased-but-trying-to-be-objective review. 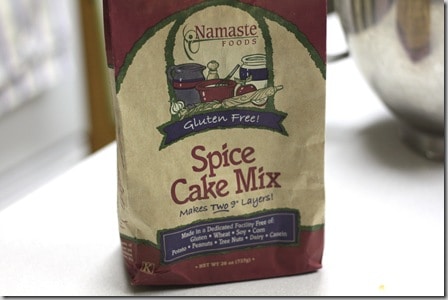 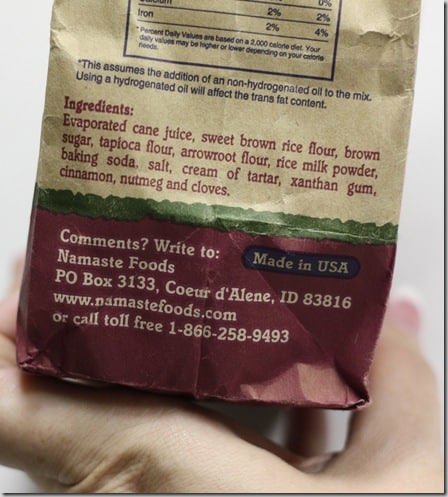 It was just as easy as mine. Throw in mixer, add eggs and oil, mix and pour in greased pan.

I did add a LITTLE extra spice. We like a spice that reaches up and smacks you with the first bite. 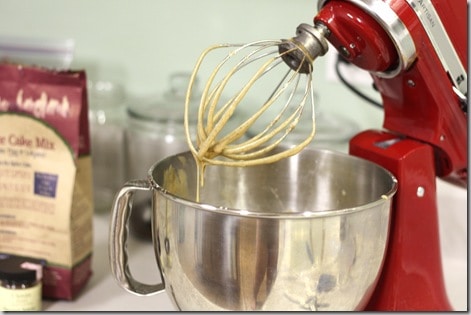 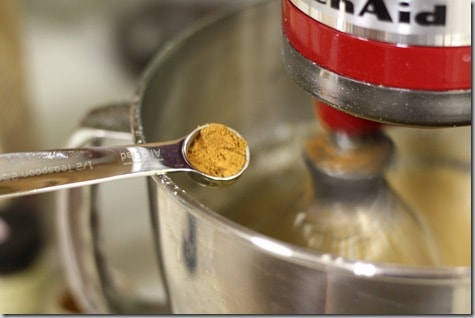 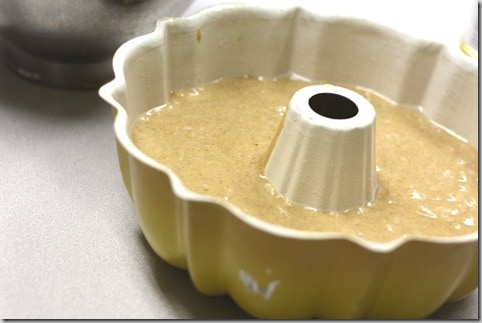 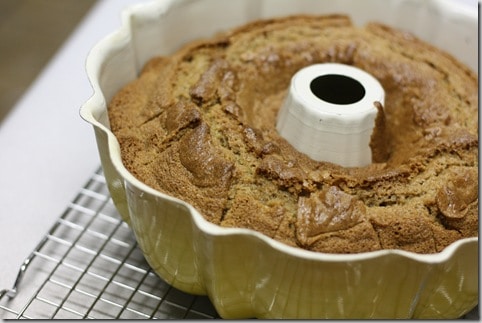 And that’s where the similarity ends. 3 problems:

1. It didn’t have that crust on the outside of the cake like ours. But again, this was just a cake mix with eggs and oil. Our recipe calls for baby food and other spices.

2. It didn’t have enough spice. Easily remedied. More ground cloves, cinnamon, and allspice. Maybe half the oil and use applesauce?

3. The first taste is a raw flour taste. I’m not kidding. Of course, it doesn’t have WHEAT flour, but I’ve had a few pieces and each bite starts with a taste of raw flour and then the spice follows. I do NOT like that.

I’m not giving up on having my fall spice cake. Next time (tomorrow?) I’m going to try to make the original recipe as stated but use Bob’s Red Mill GF all purpose flour/baking mix.

I know I’m going to have to relax the expectations for some things and I’m working on it. I knew the hardest part of dealing with Celiac is the baking. It’s full on holiday baking season and I refuse to be left out. Lola is going to get a big workout this fall!