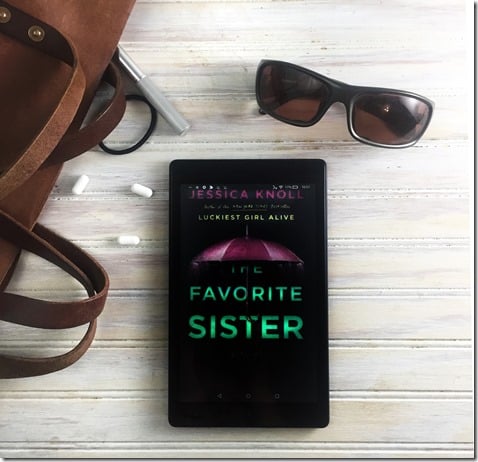 I am not a fan of most of the reality shows but I absolutely loved this book. The characters were REAL. These were not the simpering violets on display. These women were so real they were hard to like. It was difficult to find sympathy for any of them, and honestly, that’s not a requirement for me. I don’t have to like all the characters or relate to all of them. I just need a good and believable story. This one hit that mark.

According to the publisher:

When five hyper-successful women agree to appear on a reality series set in New York City called Goal Diggers, the producers never expect the season will end in murder…

The Favorite Sister explores the invisible barriers that prevent women from rising up the ranks in today’s America—and offers a scathing take on the oft-lionized bonds of sisterhood, and the relentless pressure to stay young, relevant, and salable.

I soaked in the dynamic between Brett and Kelly and could truly identify with pieces of both of them but neither of them completely. Stephanie was hot mess express and I could have done without so much Vince. He was an obvious hanger-on with no real direction for himself. He was an easy mark to cast my disdain. He was a good distraction from the inconvenient truths regarding women being shouted to anyone who would listen. “There is no entry for “millionairesses” in the dictionary, which beautifully illustrates my point—the world will only permit one of us to make it”.

The other supporting characters had their numerous flaws and the readers are granted a wide open view of the world of reality television. Pitting a group of women in a contest against each other on national television reveals the issues women have to combat, daily. The pressure to be thin, beautiful, and young is constant and unforgiving. I applaud Jessica Knoll for taking us deeper into these themes.

What kept me reading was feeling like I was watching a train wreck about to happen. And let me tell you, the ending is that proverbial train wreck. I was not prepared for the last twist and turn and that made for a great ending. This is my first Jessica Knoll book and it won’t be my last

Thank you to NetGalley for the advanced copy in exchange for an honest review.