One of the questions I had before cutting out grains, dairy, and legumes was how would I fuel my running and working out? It is well known that runners need carbs so if I was cutting out sugar, potatoes, pasta, and rice, how would I be able to run?

First of all, I’m no ultramarathoner. When I first cut the carbs, my running was shuffling along and just struggling to get through it. As I suffered through the carb flu, I knew my body was going to fight me before it learned to work more efficiently. This lasted a couple of weeks. And then finally, the tired feeling lifted a little and it just felt EASIER to run. I didn’t feel like I was trying to run in mud and I didn’t feel like my tank was all out of fuel. It almost felt like I was feeling the efforts of a run for the first time. I was not adding a ton of extra mileage, but I was feeling better during each one.

What have I been using to fuel my small runs? Sweet potatoes with almond butter, bananas, and mixed nuts/dried fruit. I have not experimented with any gels or Larabars and I’m not saying I will never use them. I will always have a honey stinger stashed somewhere in case of emergency sugar lows. I just really want to try to fuel with whole foods and see if I can train my body to work more efficiently on fewer carbs. There is a growing body of runners who eat adopted the Paleo lifestyle while training and racing long distances. I want to be one of them. 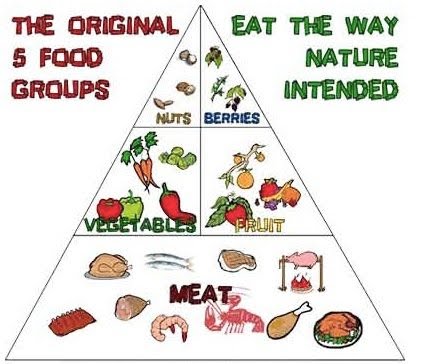 During my 30 days of strict Paleo, I used one honey stinger after I got sick and dizzy in the shower after a morning crossfit workout. My glucose levels responded almost immediately in the first few days of Whole 30. They lowered and stayed level through the day. After a couple of weeks, the levels started swinging wildly. Keep in mind, I have a malfunctioning pancreas which means the “thermostat” that tells my pancreas when and how much insulin to release is broken. It doesn’t give the right signals. After a couple of weeks of good eating, I started working out harder. I was running the same mileage, but I was pushing it. I was adding in more CrossFit. I was eating only when I was hungry which was about every 4-5 hours and rarely after 6pm. After 2 weeks of carb depletion, my pancreas started acting up and I had a few days of major glucose swings. That seems to have worked itself out and now I’m fueling for running and crossfit without gels or sports drinks or carb loading the night before.

1. Your Mileage May Vary. That’s not a running term, but a common way of saying “what works for me may fail miserably for you”. All of this could be subjective based on many things. I’m just sharing my thoughts about the past 5 weeks.

2. I have diabetes and as I said earlier, my pancreas doesn’t act like a healthy pancreas.

3. Bias could be a factor. I have enjoyed the weight loss, the mental clarity, the feeling of not being so bogged down and sluggish. I could be reading too much into the biomechanics of it all. We runners often have strong opinions.

4. Again. THIS IS WHAT WORKS FOR ME. I’m no expert on anything but how much I love dark chocolate. Everything else is a learning curve.

This has been my biggest struggle since going "paleo-ish" about 6 weeks ago. I'm starting to ramp up my miles for marathon training and I'm crashing HUGE after my long runs. Zero energy, headache, the whole 9 yards. I think some is dehydration but I'm really struggling with what to eat DURING the long runs (10 miles and up). I've been using honey stinger chews but they really don't last long enough. Another paleo friend eats 1/2 a pack every 2 miles! For me to do that for the marathon I'd need to carry 7 packs. Where am I supposed to put those? In a backpack?

I'd love your insights. What do you suggest for long runs? It needs to be portable enough to fit in a spibelt so bags of nuts and fruit probably won't work either.

Congrats on trying this diet and experimenting with how it can fit with your training and running. I took the month challenge January 7-February 3 and it was hard but rewarding. It takes some time to find what works. I really learned a lot from the book Paleo for Athletes. Here is my take on it in a nutshell and what I'm eating before, during, and after training: http://www.runladylike.com/?p=1778. For some of your mid-distance runs, you might try raisins as fuel. That's what I did before I started incorporating Honey Stinger gels back into my training diet. I know a lot of runners who used raisins for training and have had some good success. Best of luck to you!!! I look forward to hearing more about how it is going.

Thanks for the ideas on fueling for running. I am very new to this Paleo thing but I cannot deny the amazing results in how I look and feel. My diabetes is in full control now so I can't give that up for a cupcake. I'll try the raisins and I'm ordering the book on paleo for athletes.